10 things to do in Munich 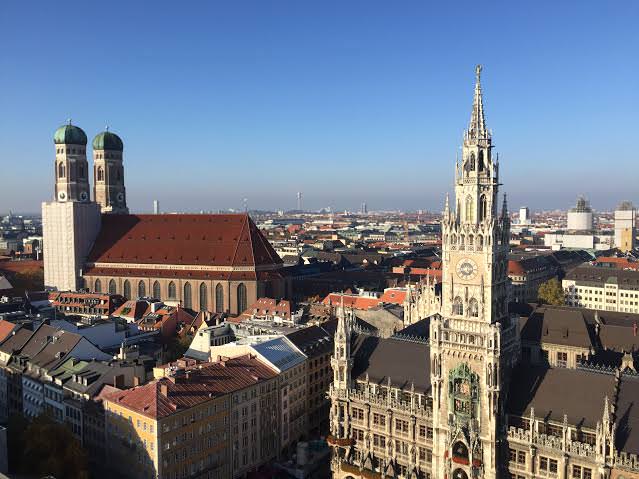 Top 10 things to do in Munich

When you think about Munich, you think about litters of beers, people dressed in traditional outfits and cold winter. However this beautiful city has also an ancient history full of traditions. Indeed, it is known as the “second German capital city”. See here our top ten things to do in Munich for fun and discovery!

Here is our top 10 things to do in Munich.

The English Garden is the green hearth of the Bavarian city. It extends itself on 4 km and is one of the biggest garden in the world. He was executed in 1789 but only opened to the public in 1800. There it is possible to sunbath, to swim and to surf. A lot of structures like the Japanese tea room, the Greek Temple and the Chinese tower were created.

The new mayor house and the ancient one are the most beautiful and interesting buildings in the city.  They are all located  ext to Marienplatz, which was dedicated to Notre-Dame. The famous clock with its little dancing characters are very thrilling. It rings every day at 11h and 12h. The ancient mayor house was rebuilt after the war and from the top you can see the whole city. The only problem is that there is more than 306 steps! On this square you can also find a bell tower named Peterkirche which used to be the church of the whole city.

The royal Palace of Wittelsbach is one of the most spectaculary from Europe. The residence was built around 1400. The eldest façade has two main portals with a statue of Notre-Dame. Inside the Ahnengalerie, there are several frescoes from the Wittelsbach family. At the entrance, there are four lions that, if they are lucky, can be hugged.

The Dome from Notre-Dame, the Frauenkirche, is a very impressive church built between 1468 and 1488. The façade has two pillars of 99 meters high. The church was massively destroyed during the war and only renovated in 1994.

5. Have fun in Munich

There are so many things that you must do: go to a plein-air café, drink a beer and eat a white sausage. The most typical beer restaurant is the Hobräukeller. There are a lot of others breweries but this one was the first. Then there is the Kultfabrik, a place of 60 000 square meter where you can find clubs, pubs, bars, restaurants and exhibitions. Then, there is Schwabing, the artist’s district.

The Oktoberfest in Munich is a very important festival famous wordwide. The story says that from the 12th to the 17th of October 1810, a very big party was organized for the wedding of king Louis Ier. This festival had so much success that the king decided to do it every year. This event gathers more than 6 million visitors each year, takes place at Therensenwiese and lasts for 16 days. The last day is always the first Saturday of October. A typical Bavarian sentence to say is “O’zapft is!” but be careful: this is extremely expensive.  7. Museum The Kunstreal is a neighbourhood created in 1800. Ludwig wanted all the artworks to be gathered at one common place. There are the Munich Pinakotheken: the ancient once, the new and the modern one. There is also the Lenbachhaus: the museum of Impressionism, expressionism and Art Nouveau. Furthermore, there are as well collection of Greek and Roman art in the Glyptothek and in the National antiquities collection.

The Kunstreal is a neighbourhood created in 1800. Ludwig wanted all the artworks to be gathered at one common place. There are the Munich Pinakotheken: the ancient once, the new and the modern one. There is also the Lenbachhaus: the museum of Impressionism, expressionism and Art Nouveau. Furthermore, there are as well collection of Greek and Roman art in the Glyptothek and in the National antiquities collection.

It is the biggest museum of science and technology worldwide. He exhibits 28 000 objects and was built in 1903 by Oskar Von Miller. It is located on a small island, coal island that was renamed “Museum Island”. It opens between 9h00 and 17h00

You can do some shopping on the Kaufingerstraße and also on the Neuhauserstraße. Here you can find all kind of shops, mall and specialized shops for souvenirs. There is also the flea market at Marienplatz meaning “Auer Dult” that exists since 1310.

Munich is one of the best school to learn German: the language school Sprachschule Aktiv is waiting for you. This school which has 3 offices in Munich was created by Martin Polo and offers several courses in different languages. The teachers are all native speakers and you can attend group or individual classes. Thanks to a friendly team you can easily find an affordable housing in a guest family.